Culture is a powerful force in sustaining change. Normally, our culture is invisible to us, like water is to a fish. But if you want to “see” your culture, just try to change it. The purpose of a culture (cult=to grow) is stability, predictability, and safety for its members. Culture is “the way things are done around here.” It is laden with beliefs, values, shared assumptions and the behaviors, norms, and accepted practices they spawn—all very slow to change. Various writers claim it takes anywhere from three to seven years to turn a culture. One exception is a radical change in leadership, which can flip a culture overnight.

Some ways to move a culture are to:

Everett M. Rogers (1983) in his seminal work, Diffusion of Innovations, described the adoption of new ideas or innovations in a culture, by characterizing various groups within. These are: 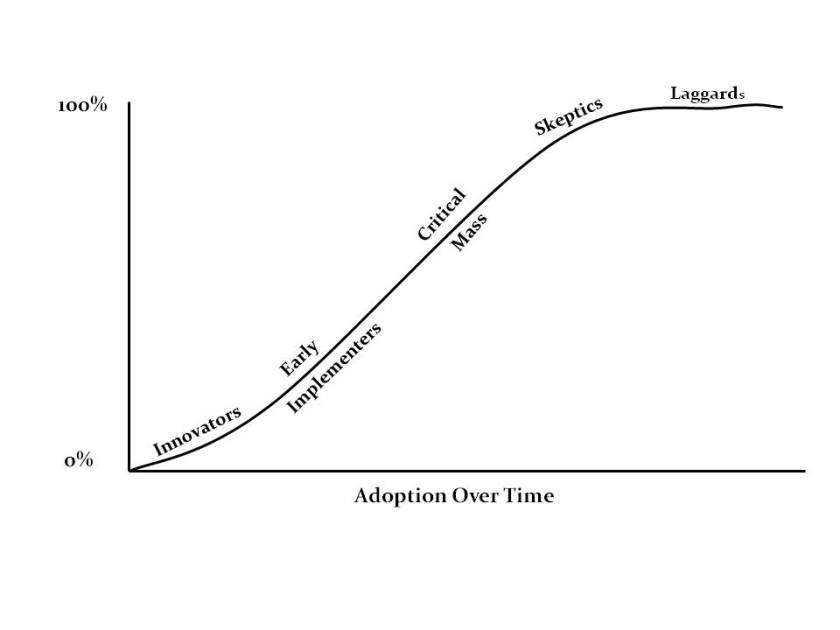 From this, we learn that variation exists in who will adopt when, and that we will probably never have 100% adoption of a new idea. While the Laggards may have valuable feedback about the poor conduct of the roll-out, it is important to lead those who are willing to get on the train. A critical mass—enough to conduct a significant change—has been cited to be about 20%. Therefore concentrate on leading the Early and Middle Adopters, while learning from the Skeptics and Laggards.